Vincent Zhou, after a time of tumult, is on track for his Olympic end game 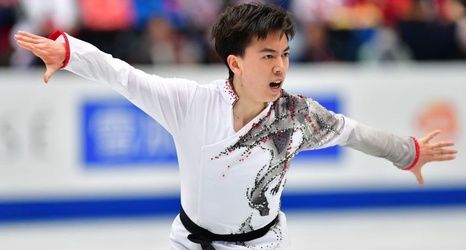 “After that, I’m going to go to school and focus on my future career,” the 19-year-old figure skater said. “I’m hungry for an Olympic medal. I know I’m capable.”

For Zhou, sixth at the 2018 Olympics, tumult began in late 2019. He tried unsuccessfully to balance an elite skating career with freshman classes at Brown University. More on that here.

He traded Providence for Toronto. Then, when the pandemic hit, he relocated to Colorado Springs and reunited with coaches Christy Krall and Tom Zakrajsek, who helped him develop into a world junior champion in 2017 and a senior world bronze medalist in March 2019.