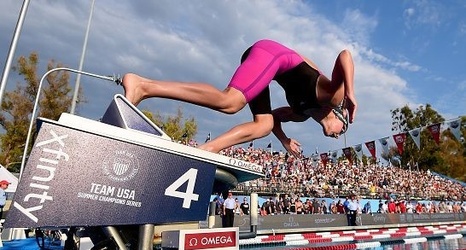 USA Swimming modified its U.S. Open to a multi-site event and replaced Pro Series meets later this fall as it reintroduces in-person competition while limiting travel for athletes.

The U.S. Open, which typically brings together the nation’s top swimmers in late autumn, will be Nov. 12-14 across eight to 10 venues that are to be announced.

The U.S. Open was previously scheduled for Dec. 2-5 in Atlanta.

The Pro Series, the top-level domestic circuit, will have its next stop in 2021. The last remaining 2020 Pro Series meets in Richmond, Va. (Nov. 5-8) and Irvine, Calif.