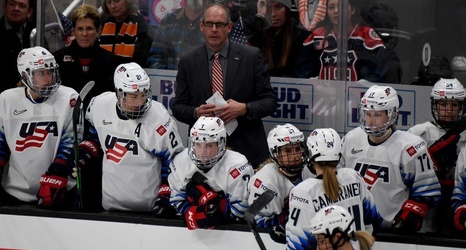 U.S. women’s hockey head coach Bob Corkum has stepped down, USA Hockey announced three weeks before the world championship tournament and on the eve of the team’s pre-worlds training camp.

Assistant Joel Johnson was announced as interim coach on Friday night ahead of worlds that start May 6 in Halifax, Nova Scotia.

No further details were given regarding the departure of Corkum, the head coach since October 2018.