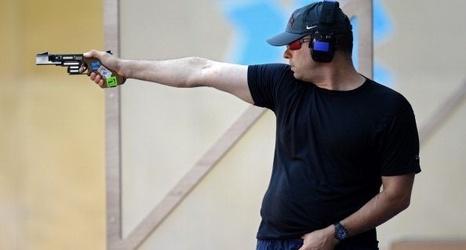 U.S. Olympic shooting qualifier Keith Sanderson has been suspended for three months for sexual misconduct and sexual harassment, making him ineligible for the Tokyo Games.

The U.S. Center for SafeSport, which responds to reports of sexual misconduct within the U.S. Olympic and Paralympic Movements, issued the suspension on June 1.

“We strongly condemn all forms of abuse, and will support and enforce the Center’s sanction,” according to a U.S. Olympic and Paralympic Committee statement. “Given the duration of the suspension, he is ineligible to compete in the Olympic Games Tokyo 2020, and will be replaced on the team per USA Shooting selection procedures.