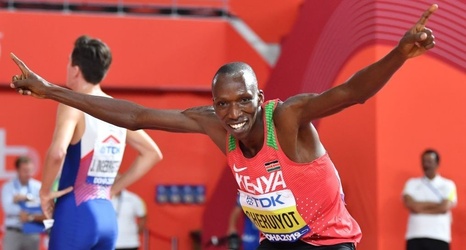 Timothy Cheruiyot, the reigning world 1500m champion was fourth at Kenya’s Olympic Trials, was a late add to the Tokyo Olympic roster, replacing another runner, according to Kenyan media.

Kamar Etyang, an 18-year-old who was second at last month’s Trials, was taken off the team because he doesn’t have the minimum number of out-of-competition drug tests for a Kenyan athlete, according to the Daily Nation.

Kenyan Olympic and track and field officials have not responded to requests for confirmation. Cheruiyot is listed on the Olympic entries, while Etyang is not.