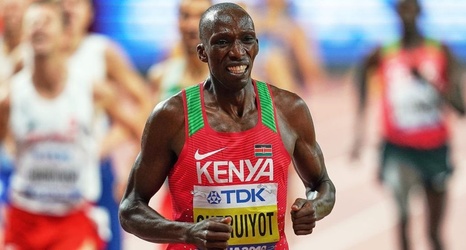 World 1500m champion Timothy Cheruiyot and Olympic 3000m steeplechase champion Conseslus Kipruto were not named on Kenya’s Olympic roster after not finishing in the top three of their races at their Olympic Trials.

Cheruiyot had not finished worse than second in a 1500m in four years, and lost just three times since the start of 2018, according to Tilastopaja.org. But on Saturday in Nairobi, he was passed for third place in the final straightaway, then reportedly limped off to a medical tent.

Kipruto, the lone runner to win the same individual event at the 2016 Olympics, 2017 Worlds and 2019 Worlds, dropped out in the early laps of the steeple on Saturday, according to broadcast commentary.