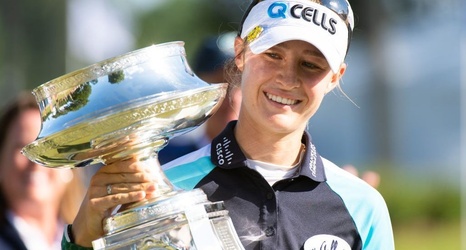 The Kordas may be the first family of the Tokyo Olympics.

Nelly Korda won the Women’s PGA Championship on Sunday and became the first U.S. female golfer to be ranked No. 1 in the world since Stacy Lewis in 2014. She leads qualifiers for the U.S. Olympic women’s golf team in Tokyo.

Older sister Jessica also qualified, confirmed by the Rolex Rankings update on Monday morning keeping her in the world top 15 and among the top four Americans.

Younger brother Sebastian is also in line to qualify for the Tokyo Games in tennis.