The Relay Curse Continues for the U.S. Men 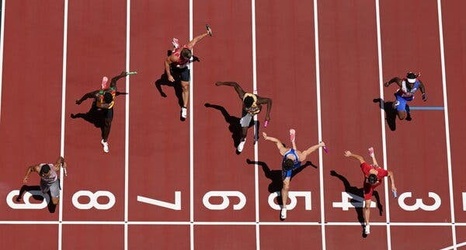 TOKYO — The disappointment for U.S. track and field, especially on the men’s side, continued in familiar fashion on Thursday, when four of the world’s fastest sprinters failed to qualify for the final of the 4x100-meter relay race.

The American disappointment continued minutes later, as Hansle Parchment of Jamaica upset world champion Grant Holloway in the 110-meter hurdles. Holloway had the lead early but could not hang on. Ronald Levy of Jamaica won the bronze, relegating Devon Allen of the United States to fourth.

The relay crystallized a performance by the U.S. men at the Olympic track meet that is quickly going off the rails.