'Talk all the (expletive) you want': Sha'Carri Richardson sounds off after finishing last in Prefontaine Classic race 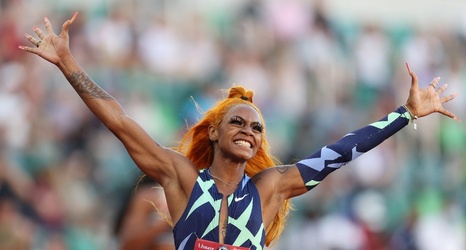 Sha'Carri Richardson had a lot to say following the 100-meter race at the Prefontaine Classic on Saturday, her first race since being banned from competing in the Tokyo Olympics due to a failed drug test.

"This is one race. I'm not done. You know what I'm capable of," Richardson said after the race. "Count me out if you want to. Talk all the (expletive) you want, 'cause I'm here to stay. I'm not done."