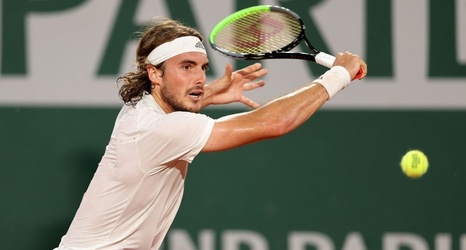 PARIS (AP) — Stefanos Tsitsipas and Alexander Zverev both have been viewed as potential future stars of tennis. Both have come close to Grand Slam titles.

Now the pair of 20-somethings will meet each other for a berth in the French Open final after straight-set quarterfinal victories Tuesday.

The No. 5-seeded Tsitsipas reached his fourth major semifinal — and second in a row at Roland Garros — by upending No. 2 Daniil Medvedev 6-3, 7-6 (3), 7-5 at Court Philippe Chatrier in the last no-spectator night session of this year’s tournament.

Tsitsipas escaped two set points held by two-time Slam runner-up Medvedev at 5-4 in the second, but otherwise required only slightly more work than was demanded of Zverev in his 6-4, 6-1, 6-1 victory over unseeded Alejandro Davidovich Fokina.