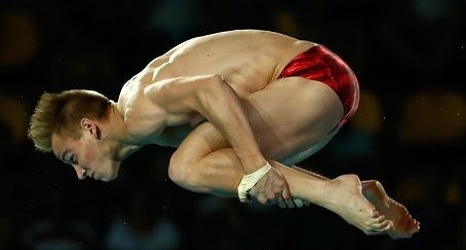 Steele Johnson, a Rio Olympic diving silver medalist, withdrew from the U.S. Olympic Trials after the semifinal round of his first event, citing a right foot injury.

Johnson, who took silver with David Boudia in synchronized platform in 2016, was in third place with Boudia in the synchro springboard going into the Friday night’s final round in Indianapolis, where the winning team clinches an Olympic spot.

Johnson, 24, was also entered in the individual springboard that starts Wednesday (as is Boudia).

“I’ve endured 2 failed surgeries, years on and off of crutches and have pushed as hard as I physically can, but unfortunately my foot is in too much pain to continue competing at Trials,” was posted on Johnson’s social media.