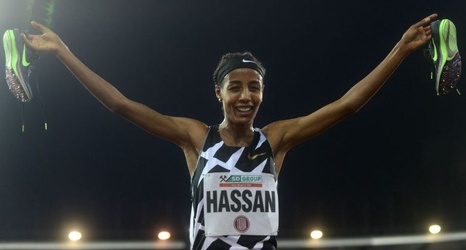 Ethiopian-born Dutchwoman Sifan Hassan broke a five-year-old world record in the 10,000m, clocking an unofficial 29:06.84 in Hengelo, Netherlands, on Sunday.

Hassan, who fled from Ethiopia for the Netherlands at age 16 as a refugee, now owns world records for the mile, 5km (women’s only), one hour run and the 10,000m.