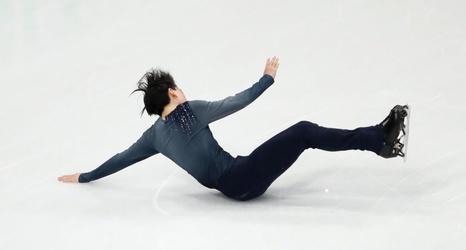 Nathan Chen of the United States opened his short program at the World Figure Skating Championships Thursday by falling on a jump in an individual competition for the first time after having stayed upright on 120 straight dating to 2018. That meant he lost a program after winning 21 straight since that previous fall. Now in third place, 8.13 points behind the leader, Chen will now be hard pressed to win a third straight world title.

Vincent Zhou of the United States, the reigning world bronze medalist, made an utter hash of all three short program jumping passes and finished 25th, one place below what was needed to advance to Saturday’s free skate.