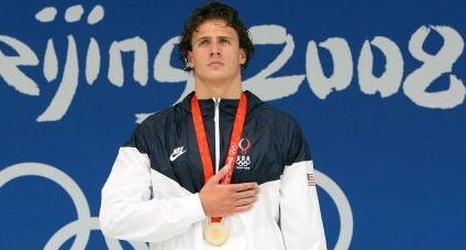 Ryan Lochte said his “No. 1” gold medal from his first individual Olympic title in 2008 went missing.

“I don’t know where it is,” Lochte told Graham Bensinger in an interview clip published Wednesday. “I have a couple guesses.”

Lochte believed a former agent or his mom had the medal, but said they told him they don’t have it.

The gold medal carries added emotional weight for Lochte. It came in the 200m backstroke at the 2008 Beijing Games, where Lochte broke his own world record.

Before that, Lochte earned individual silver and bronze medals behind Michael Phelps in his previous individual Olympic events.