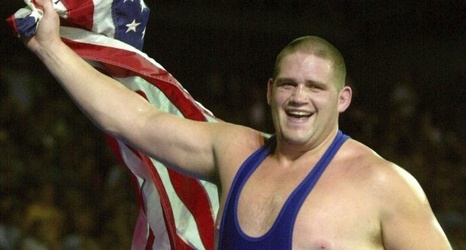 Rulon Gardner is living a quiet life, just the way he likes it.

He is 48 now, sells insurance and has a second job coaching wrestling at a Salt Lake City-area high school.

It’s been 20 years since Gardner, a 2,000-to-1 underdog, beat three-time gold medalist Aleksandr Karelin in the Greco Roman heavyweight final at the Sydney Games in one of the greatest upsets in sports history.

His story didn’t end there. Not by a long shot.

“My life,” he said in an interview, “has been a roller coaster.”

Winning gold was the start of a ride that began with the farm boy from Wyoming becoming an instant celebrity.