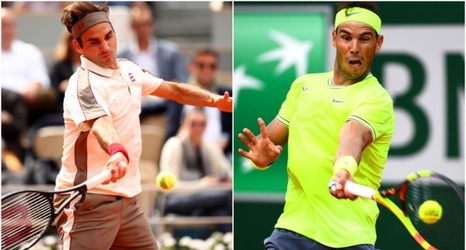 Roger Federer and Rafael Nadal continued straight-sets runs at the French Open, each sweeping Germans who played in qualifying last week in the second round on Wednesday.

“I know probably more about his dad than about him,” Federer said (Ruud said separately that his father once practiced with Federer but never played against him).