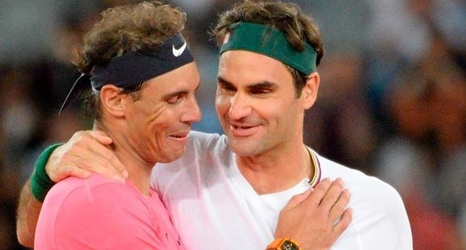 “I have always had the utmost respect for my friend Rafa as a person and as a champion,” Federer posted, along with a photo of him with Nadal. “As my greatest rival over many years, I believe we have pushed each other to become better players.