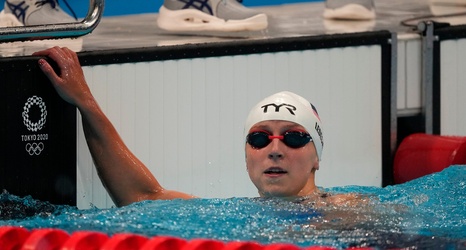 TOKYO — It was only the preliminary heats of the women’s 400-meter freestyle. The main event of the 400 free, the final, one of the most anticipated swimming races at these Olympics, is Monday morning. That’s what counts.

But, for what it’s worth, on Sunday night at the Tokyo Aquatics Centre, reigning Olympic champion and world-record holder Katie Ledecky of the United States was more than a second faster than her chief rival, Australia’s Ariarne Titmus.

Swimming in different heats, Ledecky posted her qualifying time of 4:00.45. Several minutes later, Titmus came in a bit slower in 4:01.