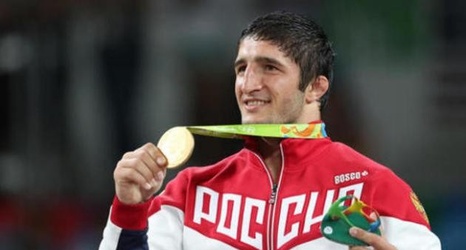 Russia won their third wrestling gold medal of the 2016 Rio Olympics on Saturday after Abdulrashid Sadulaev dominated Selim Yasar of Turkey to take the grand prize in the men's freestyle 86-kilogram division.

Although Sadulaev's win provided Russia with their third wrestling gold overall at Rio 2016, his was the first victory to come in the freestyle category.

Yasar was left to settle for a silver medal, while Sharif Sharifov clinched a third freestyle bronze medal of these Games for Azerbaijan. J'den Michael Tbory Cox snagged the United States their maiden medal in men's wrestling, earning bronze.