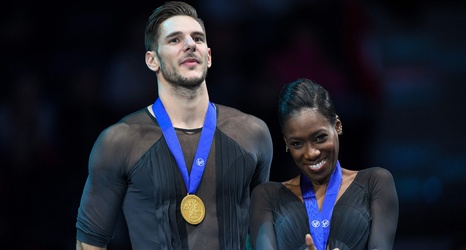 Morgan Cipres, the French Olympic pairs skater who is under investigation from the U.S. Center for SafeSport and the Pasco County, Florida Sheriff’s Office for allegedly sending two lewd photos to a 13-year-old American female figure skater, has retired from the sport.

The French Federation of Ice Sports announced Tuesday that Cipres, 29, and his pairs partner, Vanessa James, 33, were leaving the sport less than a year and a half before the next scheduled Winter Olympics, the 2022 Beijing Games, where they would have been contenders for an Olympic medal.

, who skated at the same rink as Cipres in Wesley Chapel, Florida.