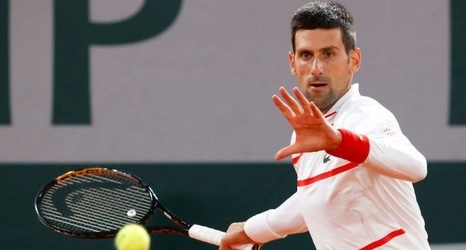 Novak Djokovic emphatically began what could be a march to his 18th Grand Slam title, sweeping Swede Mikael Ymer 6-0, 6-2, 6-3 in the first round on Tuesday.

The top seed Djokovic lost just seven points in the first set. He gets Lithuanian Ricardas Berankis or Bolivian Hugo Dellien in the second round in a half of the draw that includes no other men with French Open semifinal experience.

Djokovic had plenty going for him into Roland Garros, seeking to repeat his 2016 run to the title. The chilly weather is similar to four years ago.