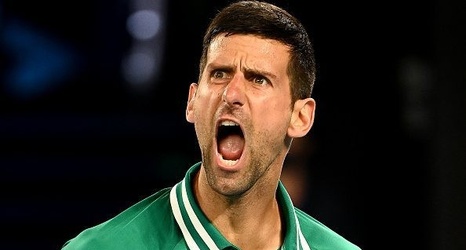 An injured Novak Djokovic said he doesn’t know if he will play his next Australian Open match after rallying past American Taylor Fritz 7-6 (1), 6-4, 3-4, 4-6, 6-2 to reach the fourth round.

Djokovic, the world No. 1 seeking a record-extending ninth Australian Open title, said after the match that he tore a muscle.

“I don’t know if I’ll manage to recover from that in less than two days,” Djokovic said in a 12:25 a.m. on-court interview at an almost empty Rod Laver Arena after fans were forced to leave during the fourth set at 11:30 p.