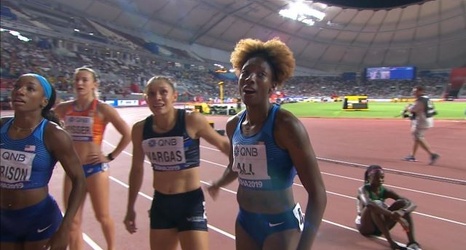 Nia Ali made it yet another mom to earn gold at the world track and field championships in Doha. The U.S. finished the meet with three titles on the final day, including both 4x400m relays, for 14 overall to tie its record for most golds at a single worlds.