Netherlands gets on the board; more world records at speed skating worlds 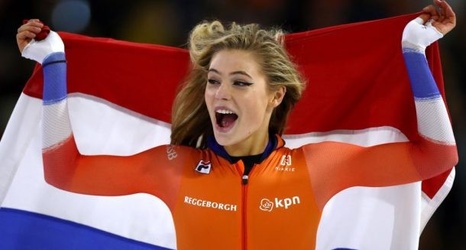 It took four world records from other countries before the Netherlands won its first title in an Olympic program event at the world single distances speed skating championships.

Jutta Leerdam got the dominant skating nation on the board on the third day of the four-day competition and in the ninth Olympic program event. Leerdam scored an upset over defending champion and world-record holder Brittany Bowe, the American who ended up eighth.