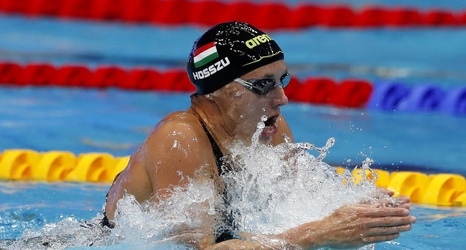 The first four gold medals of the Tokyo Olympics swimming program will be handed out on Saturday night.

The top American stars will not be after individual glory in the four events, but one of the most decorated female swimmers will be.

Hungary's Katinka Hosszu is the reigning champion in the 400-meter individual medley and she has a chance to add to her three Olympic golds if she defends that crown.

Japan's first gold medal of the Olympics could come in the men's skateboarding street competition.