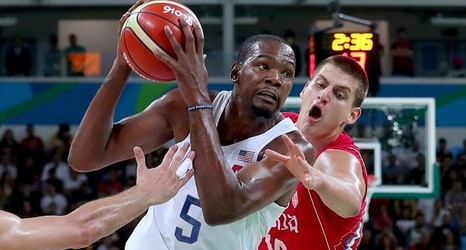 NBA commissioner Adam Silver said the Tokyo Olympics’ effect on its schedule planning for 2021 is unclear, but that it’s possible that Olympic participation may be limited.

“There are a lot of great U.S. players, and we may be up against a scenario where the top 15 NBA players aren’t competing in the Olympics, but other great American players are competing,” Silver told Bob Costas on CNN on Tuesday. “Obviously, there are many NBA players who participate in the Olympics from other countries. That’s something we’re going to have to work through. I just say, lastly, these are highly unique and unusual circumstances.