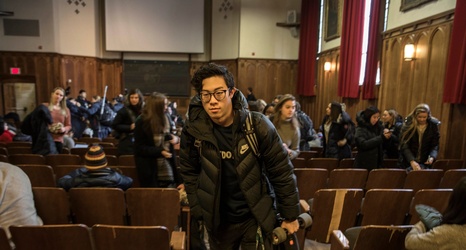 NEW HAVEN — Nathan Chen’s morning had been hectic, but now he finally had a moment to relax. He flipped open his laptop and started scanning the headlines of The Yale Daily News as his fellow classmates filled the 400-seat auditorium for an abnormal psychology lecture.

Chen’s gaze settled on an article about a classmate, Sophie Ascheim, the executive producer of “Period. End of Sentence,” which three days earlier had won an Oscar in the documentary short category. Ascheim, a member of Chen’s residential college, was already back on campus; he had seen her that morning as they were rushing off to class.