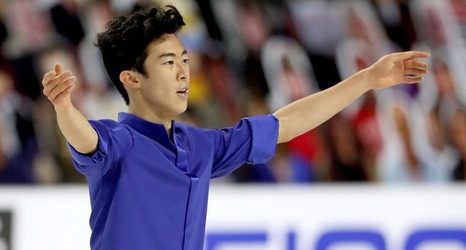 Chen, undefeated since placing fifth at the PyeongChang Olympics, prevailed by a giant 30.9 points over Vincent Zhou.

Jason Brown was third as the standings were unchanged from after Saturday’s short program at fan-less Orleans Arena in Las Vegas.

Chen totaled 322.28 points, down from the last two years after he erred on his first jumping pass Sunday.