Naomi Osaka Returns to the Stage, on Her Terms 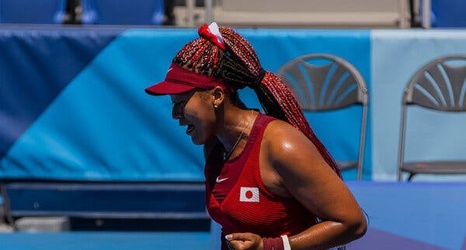 TOKYO — In the early afternoon Sunday, Naomi Osaka walked onto Centre Court at the Ariake Tennis Park to begin her quest for an Olympic gold medal.

She was supposed to play on Saturday, but the match happened to be delayed hours after she stood atop a pyramid built in the shape of Mount Fuji and lit the Olympic cauldron.

Once again, it seemed the sports world was bending in the direction of one of the best tennis players in the game.

It was quite the turn for Osaka, who just seven weeks ago was enduring the first true crisis of her career.