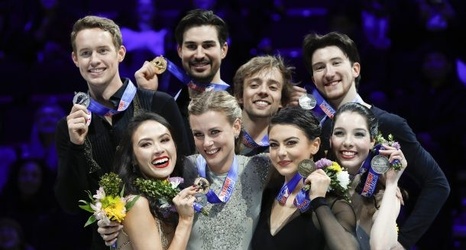 “Sometimes it’s hard to see them compete against one another,” Marie-France Dubreuil said as she watched her pupils at the French leg of the Grand Prix season in November.