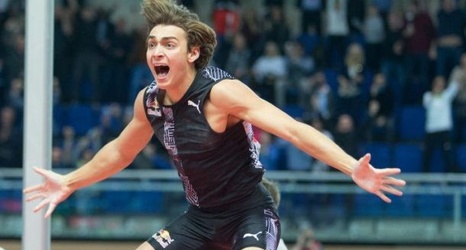 Duplantis, who last week broke the world record by one centimeter, again went one centimeter higher at an indoor meet in Glasgow. The record is now 6.18 meters, or a little taller than 20 feet, 3 inches.

The progression is reminiscent of Ukrainian legend Sergey Bubka. Bubka increased the world record by one centimeter on nine occasions from 1988-1994, taking advantage of bonus money each time he broke it.

Duplantis is a dual citizen born and raised in Louisiana, spending summers in his mother’s native Sweden.