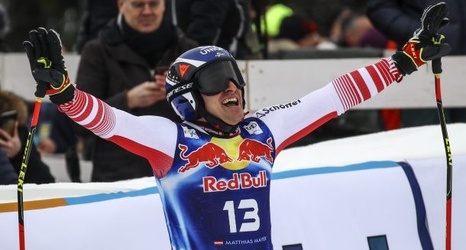 In cloudy conditions but on a perfect track, Mayer crowned a gutsy run by finishing 0.22 ahead of Austrian teammate Vincent Kriechmayr and Switzerland’s Beat Feuz, who tied for second.

It was the eighth career World Cup win for the two-time Olympic champion and third of the season, after triumphing in a super-G in Lake Louise, Alberta, in December and an Alpine combined in Wengen, Switzerland, last week.