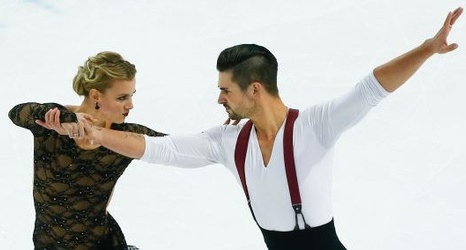 They could therefore afford a miscue at the end of Saturday’s short dance, when Hubbell put too much weight sitting on Donohue’s knee.