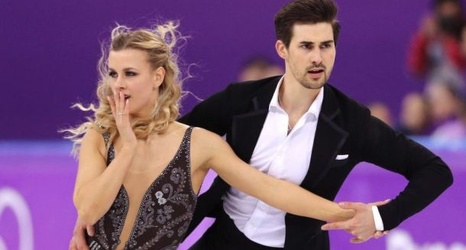 If Madison Hubbell and Zach Donohue ever lacked motivation in the post-Olympic summer, they needed only scan their Montreal training ice.

They would spot France’s Gabriella Papadakis and Guillaume Cizeron, the only ice dancers from the Olympic podium who return this season. Papadakis and Cizeron relegated the Americans to silver at March’s world championships, one month after Hubbell and Donohue were fourth in PyeongChang (the French took silver). They have trained under the same coaches in Quebec for three years.

They would also see Madison Chock and Evan Bates and Kaitlin Hawayek and Jean-Luc Baker, the third- and fourth-place finishers from January’s U.