Kyle Snyder refuses to be defined by 68 seconds 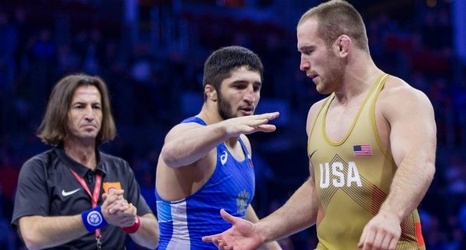 Tervel Dlagnev hasn’t forgotten what pupil Kyle Snyder told him on their walk back to the hotel in Budapest on the night of Oct. 23.

“I wish that I can remember this feeling,” Snyder said after being pinned in 68 seconds by Russian Abdulrashid Sadulayev in the world championships 97kg final earlier that evening.

In a sport as macho as wrestling, a bear of a man such as Snyder would not be expected to take defeat well. Snyder, who in 2015 became the youngest American to win a world title and in 2016 the youngest U.