Kerri Strug biopic to be directed by Olivia Wilde 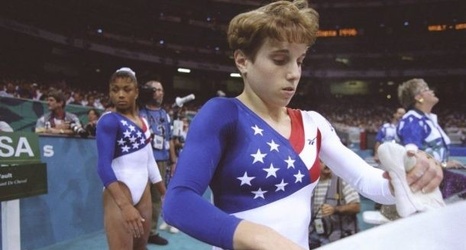 Olympic gymnast Kerri Strug is the subject of a biopic, “Perfect,” to be directed by Olivia Wilde.

“Best script I’ve ever read,” was posted on Wilde’s social media. “This story is unreal. I’m beyond grateful for the opportunity to tell it my way.”

The film is based on Strug’s autobiography, “Landing on my Feet, a Diary of Dreams.”

Strug, now a 42-year-old mom, became one of the household names of the 1996 Atlanta Games. She helped the U.S. women’s gymnastics team to the program’s first Olympic title, hitting a vault while injured and tearing two left ankle ligaments (though it turned out the last vault wasn’t necessary to win).