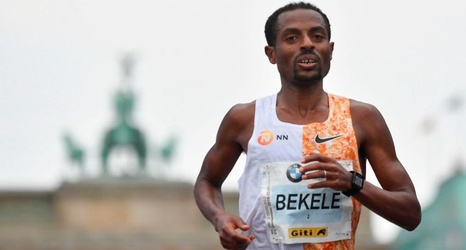 Distance-running legend Kenenisa Bekele was left off Ethiopia’s Olympic team despite running the second-fastest marathon in history two years ago.

Bekele, 39, did not run the Ethiopian Olympic Trials in either the marathon are on the track this spring.

He reportedly said the 99-day gap between the marathon trials and the Olympic marathon was too short.

Bekele held the 5000m and 10,000m world records from 2004 until last year, but last raced on the track at the 2016 Olympic Trials, when he failed to finish the 10,000m. Bekele was left off Ethiopia’s Rio Olympic team despite being Ethiopia’s top finisher at that spring’s London Marathon.