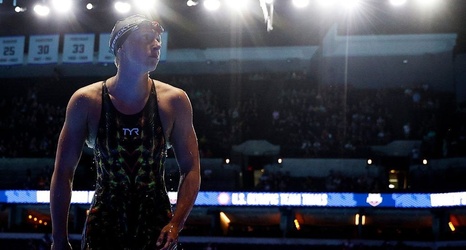 A look at night two of finals at the U.S. Olympic Swimming Trials in Omaha, live on NBC, NBCOlympics.com and the NBC Sports app at 8 p.m. ET …

Katie Ledecky has been one of the faces of the Tokyo 2020 Olympics since the Rio 2016 Games ended. The 24-year-old finally has a chance to make this year’s team on Monday night.

The women’s 400m freestyle, Ledecky’s first of several events is the last of tonight’s three finals, though is then followed by semifinals for two more events.

As the world record holder for nearly seven years, Ledecky is a near-lock to win at Trials.