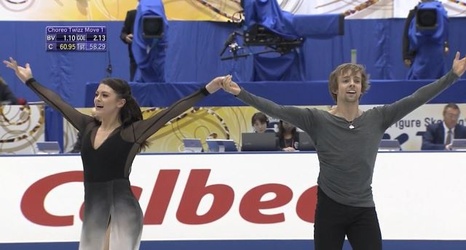 The U.S. has yet another Grand Prix title-winning ice dance couple.

Hawayek and Baker delayed their season debut until this week after Baker, whose mom was a 1988 British Olympic ice dancer, suffered a second concussion in three years in August.