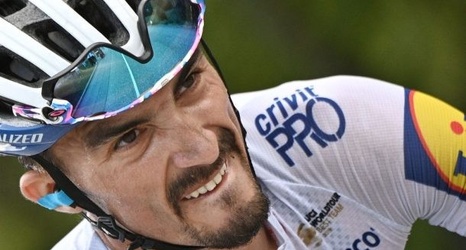 Julian Alaphilippe became the first Frenchman to win a road cycling world title in 23 years, attacking late and holding on to prevail by 24 seconds in Imola, Italy, on Sunday.

Alaphilippe, who wore the Tour de France yellow jersey for 16 stages between the last two years, went clear from a star-filled group at the top of the last climb with about eight miles left of a 160-mile day.

Slovenian Tadej Pogacar, who won the Tour de France last Sunday, attacked earlier Sunday and led by as much as 25 seconds before being reeled back in with about 13 miles left.