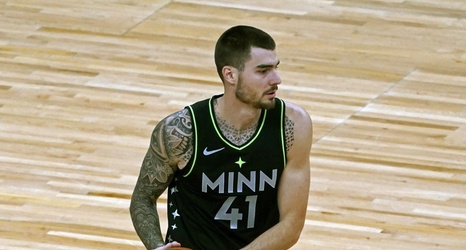 Per The Athletic's Jon Krawczynski, Hernangomez's frustration stems from the T-Wolves' decision to block him from playing for Spain in the Olympics.

In a statement released Saturday, Rosas said the Timberwolves team physician recommended Hernangomez not play for the Spanish national team.

Hernangomez suffered a dislocated shoulder during one of Spain's scrimmages leading up to the Tokyo Games.