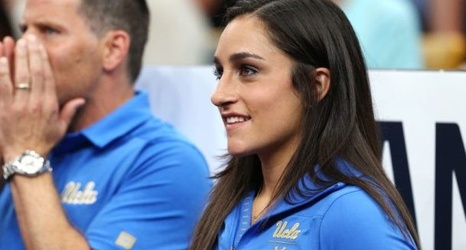 Jordyn Wieber was named the University of Arkansas’ women’s gymnastics coach on Wednesday, not seven years since she helped lead the U.S. to an Olympic title.

Wieber, 23, was already the first female Olympic champion to coach at the NCAA level as a volunteer assistant at UCLA the last three seasons. Now she will lead her own program.

“Gymnastics has provided me some extraordinary opportunities, from traveling the world and competing for my country at the Olympics to coaching alongside one of the legends of our sport at UCLA [recently retired Valorie Kondos Field],” Wieber said in a press release.