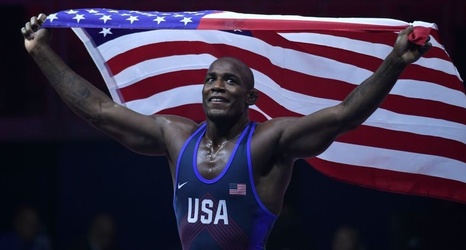 World champion J’den Cox said he was removed from the Olympic Wrestling Trials before they began after his coach told him the wrong time window for weigh-ins.

Cox “missed weight,” according to USA Wrestling’s announcement that Cox was out of Trials after Friday morning’s weigh-ins.

Cox, a 2016 Olympic 86kg freestyle bronze medalist, was taken out of Friday’s bracket. He had been slated to wrestle Friday for a place in Saturday’s 97kg finals against Olympic champion Kyle Snyder.

“I was informed with the wrong times of when weigh-ins were supposed to be, and that’s just flat-out the truth,” Cox, who said he was still in the appeals process, told NBC Sports before Saturday’s finals in Fort Worth, Texas.