In a change, WNBA season begins with U.S. Olympic roster spots in play 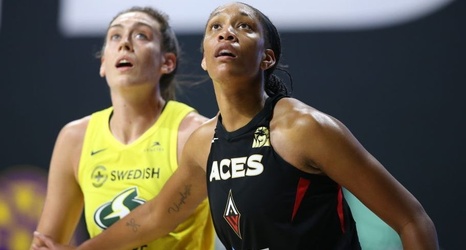 As the WNBA season starts Friday, players not only have a championship on their minds, but also a spot on the most exclusive team in the sport.

For the first time since 2008, the U.S. Olympic women’s basketball roster has not been announced before the start of the WNBA season.

“There’s nobody that has a spot locked up,” on the Olympic team, said Carol Callan, the U.S. national team director and chair of the Olympic selection committee. “We’re interested in watching a lot of the beginning of the WNBA season and then progressively get to the point where we can select the team.