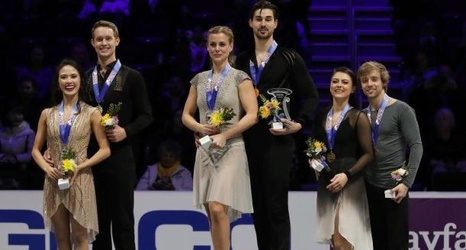 Their training mates — and the two teams they shared the nationals podium with — will join them: two-time Worlds medalists Madison Chock and Evan Bates as well as Kaitlin Hawayek and Jean-Luc Baker. The same three dance teams are slated to compete at the Four Continents Championships that begin Feb.