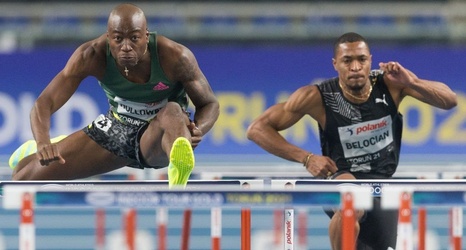 American Grant Holloway broke the 27-year-old world record in the indoor 60m hurdles by one hundredth of a second, clocking 7.29 seconds at a meet in Madrid on Wednesday.

Holloway, the world champion in the 110m hurdles, took down Brit Colin Jackson‘s record set in 1994 in the 60m, which is not on the Olympic program.

Holloway’s initial time was recorded as 7.32.

About a minute later, the official time came in as 7.29, “world record” was flashed on a stadium scoreboard and Holloway began posing with a “world record” sign.

Earlier this year, Holloway scared the 60m world record with a pair of 7.