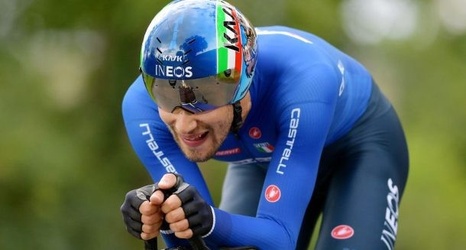 He became the second-youngest man to win the world time trial after Australian Michael Rogers, according to ProCyclingStats,com.

The top American was Brandon McNulty in 29th place.