Figure Skating Warm-Up Can Cement Confidence — or Cause Chaos 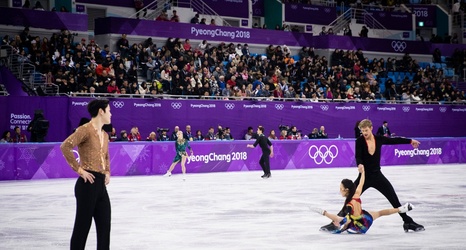 GANGNEUNG, South Korea — Figure skating’s group warm-ups are a six-minute blur of tulle and sequins that have been known to fray nerves and foment bloody collisions. They unfold like multiple one-act plays on the same stage, at the same time, as skaters cram to ace their triple axels and layback spins, or, if they are so inclined, rattle their opponents.

“That moment for me was almost worse than when they called your name to compete because at least then you knew what was going to happen,” said the NBC analyst Johnny Weir, a three-time United States champion and a two-time Olympian.