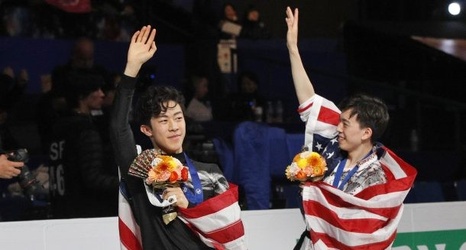 Now that the Grand Prix figure skating assignments have been announced, a look at eight of the most exciting head-to-heads this fall …

Men
Skate America – Nathan Chen vs. Jason Brown
Two of the U.S. men are showcased at the Grand Prix opener in October. What makes this so special? The last time these two competed at the same Grand Prix, in France last November, Brown actually led Chen after the short program. In the end, though, Chen rallied to keep his undefeated season intact.

Also notable in the field: South Korea’s Cha Jun-Hwan, who trains with Brown in Toronto.