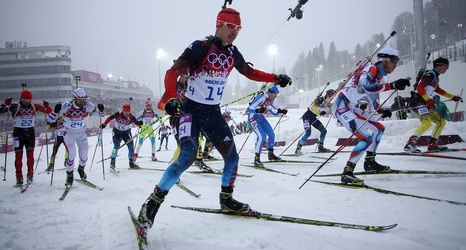 MOSCOW — Russia is expected to drop into second place in the gold medal count for the 2014 Winter Olympics after sports officials on Saturday disqualified a biathlon winner for testing positive for a steroid.

If upheld by the International Olympic Committee and on expected appeals, the ruling would signify the final unraveling of a Russian effort to dominate the medal counts by cheating with a state-sponsored doping program.

Fallout from the doping program has for years been whittling away at the number of Russian medals won at the 2014 games the country hosted in the Black Sea resort of Sochi.